Jagged Little Pill, one of the most iconic and influential albums ever, come on down to Coral Sky Amphitheatre on Wednesday 18th August 2021 and celebrate the Silver anniversary of Jagged Little Pill! Alanis Morissette wants you to come and celebrate 25 years of jagged little pill and the last 25 years of music with special guests Garbage and Liz Phair! You do not want to miss out on this once in a lifetime performance, Jagged Little Pill topped the charts in thirteen countries with sales of over 33 million copies worldwide, with five Grammy Awards and it is one of the best-selling albums of all time. 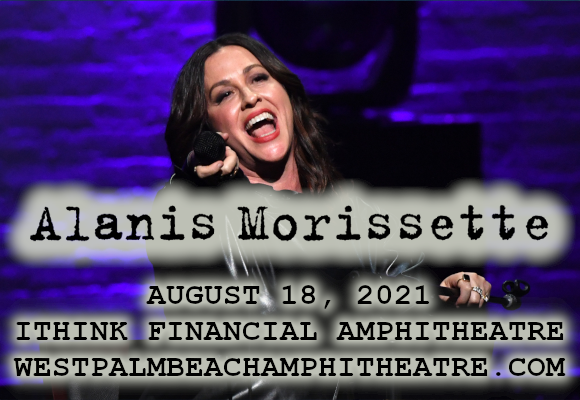 Jagged Little Pill departed from Alanis’s previous releases was an experimentation into alternative rock having only just learned to play the guitar this year, taking influence from grunge and pop-rock, featuring keyboards, guitars, drums and Alanis playing the harmonica. Jagged Little Pill topped the charts in thirteen countries with sales of over 33 million copies worldwide, it is one of the best-selling albums of all time and made Alanis the first Canadian to achieve double diamond sales. Jagged Little Pill was nominated for nine Grammy Awards, winning five, including Album of the Year, making Alanis the youngest artist in history to win the honor. Rolling Stone ranked Jagged Little Pill number 327 on its 2003 list of "The 500 Greatest Albums of All Time".

"Jagged Little Pill is like a Nineties version of Carole King's Tapestry: a woman using her plain soft-rock voice to sift through the emotional wreckage of her youth, with enough heart and songcraft to make countless listeners feel the earth move.” Rolling Stone