Chris Young comes to Coral Sky Amphitheatre on Saturday 14th September 2019 on his Raised On Country Tour! The 30-date stint is named after his recent single of the same name, and sees the country star bringing his biggest and best show yet! Young will be joined in support by the incredible Chris Janson!

“Last year on the road was incredible, and I’m crazy excited to get back out there with new music and the Raised on Country Tour," says Young. 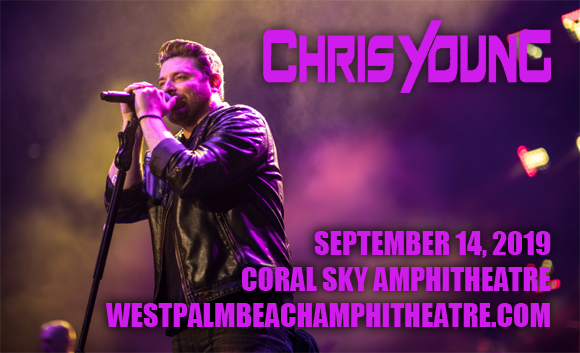 American country music singer and songwriter Chris Young came to prominence in 2006 after winning the reality television singing competition Nashville Star. Upon winning, Young was signed to RCA Nashville, with whom he released his self-titled debut album later that year. The album produced two singles on the Hot Country Songs Chart: "Drinkin' Me Lonely" and "You're Gonna Love Me", and a third single, "Voices", which became his first Top 40 entry on the Billboard charts. Young's 2009 follow-up, The Man I Want to Be, launched three number-one singles: "Voices", "Gettin' You Home (The Black Dress Song)", and the title track – the second of which earned Young a Grammy Award nomination. Young has released seven studio albums to date, his most recent being 2017's Losing Sleep. In 2017, he was invited by country legend Vince Gill to become a member of the Grand Ole Opry, and was officially inducted by Brad Paisley.