Bonafide rock gods Foo Fighters are coming to Perfect Vodka Amphitheatre on Thursday 26th April 2018!!! The Grammy Award-winning, multi-platinum-selling, stadium storming legends will be hitting the road across North America, touring their latest smash-hit album Concrete and Gold! Don't miss your chance to see Grohl and the gang live, for a hit-filled show that will blow you away! 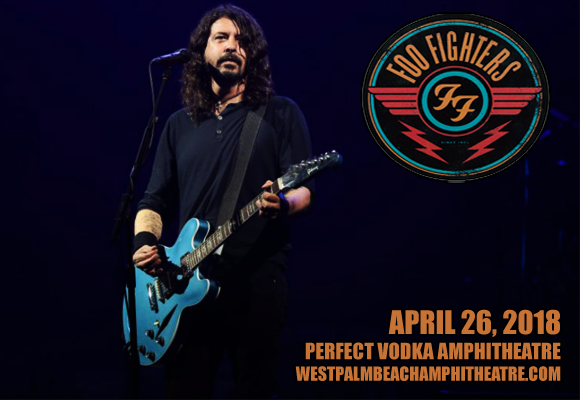 With eleven Grammy Awards, 12 million records sold in the U.S. Alone, and numerous other awards and accolades under their belt, Foo Fighters are one of the most notable rock bands in the world. Originally started in as a one-man project by Nirvana drummer Dave Grohl after the disbandment of the group following the death of Kurt Cobain, Foo Fighters has had several line-up changes over the years, with Grohl remaining the only constant member. Foo Fighters self-titled debut album, which was written and recorded almost entirely by Grohl, was released in 1995. After that, Grohl recruited band members to join him on stage, who also began to record with him and become official members of Foo Fighters. The band has released nine studio albums to date, four of which have won a Grammy Award for Best Rock Album.