Three of the biggest bands classic rock has to offer, Foreigner, Kansas & Europe, have teamed up for an iconic tour that will see fans air grabbing and singing their lungs out as they bust out some of the greatest rock hits of all time! Foreigner are headlining the stint (dubbed the Juke Box Heroes Tour after their 1981 hit), which comes to Coral Sky Amphitheatre on Sunday 6th September 2020! A chance to see absolute masters at work, the Juke Box Heroes Tour is sure to live up to its name, so don't delay – grab your tickets while you can! 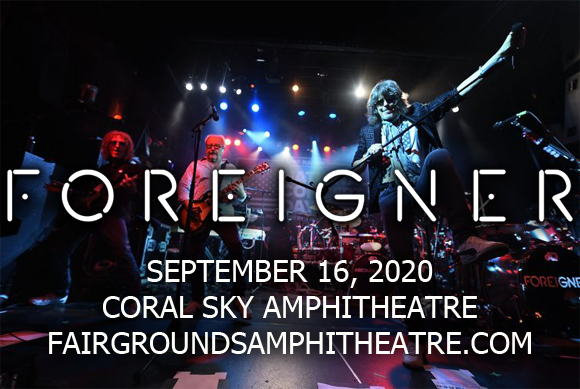 Legends of mainstream rock, British-American group Foreigner exploded onto the charts in 1977 with their self-titled debut album, which sold over 5 million copies and launched the singles "Feels Like the First Time", "Cold as Ice" and "Long, Long Way from Home". From there, the group's obvious talent for melody propelled them to even greater heights of stardom as they unleashed six multi-platinum albums in a row and became an essential fixture of rock throughout the 1980s. Today, the group has sold over 80 million albums worldwide, making them one of the biggest-selling music acts of all time, and although their line-up has changed over the years, the spirit of what makes them great remains.