The ever popular pop rockers Maroon 5 have announced the exciting news of their extensive 2021 tour dates and with the announcement, comes another surprise as the doo-wop Pop singer Meghan Trainor will be joining them on the road! Both acts will be heading to perform live at Coral Sky Amphitheatre on Thursday 23rd September 2021! To ensure your place in the crowd – grab your tickets and be sure to tell your friends as this is the place to be this Summer/Fall! 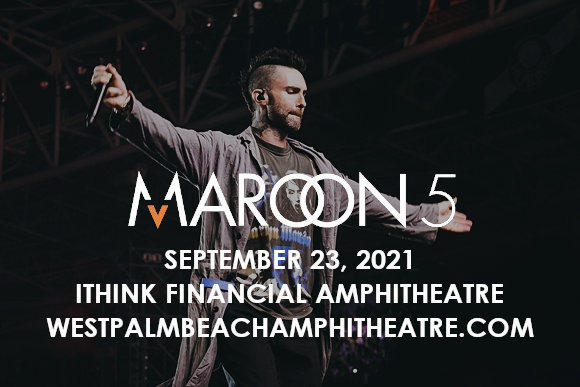 Meghan Trainor made her mark on the music scene from the get go with her incredible and unforgettable single release "All About That Bass" – the song became the most popular single of the year, being played across radio stations around the world and of course gaining her dedicated fan base.

From her explosive track, she returned to the charts once again with "Lips Are Movin" which featured the same doo-wop retro style and her unique pop vocals. As both singles, along with others from her releases were so powerful, when it was time for her debut mainstream album to be released in 2015, Meghan Trainor received high reviews and positive sales and the record certified triple platinum along with a number one spot on the Billboard US 200.

Meghan Trainor has made it clear from the get go that she loves the retro sounds from the 1950's and 1960's decades and the style has shone through all of her releases. With countless awards and recognition under her belt – she became the one to watch and still is an exciting artist on the popular music scene.

Come and catch her as she takes to the stage along side Maroon 5 this summer/fall for an extensive North American tour!