John Travolta and Olivia Newton-John go together like rama lama lama ka dinga da dinga dong, and that's why, 41 years after starring in the hit musical film Grease, they're coming to Coral Sky Amphitheatre on Friday 13th December 2019 for Meet N Grease Movie Sing Along With Danny And Sandy! Join the two stars from this timeless classic of a film and dress up as your favorite character for a special sing along screening, followed by a Q&A session! 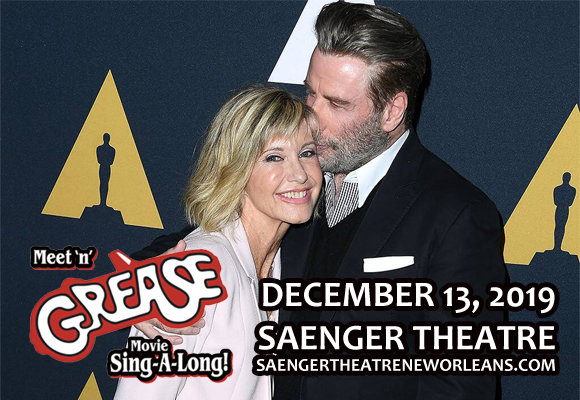 The highest-grossing musical film of all time, Grease is a 1978 hit musical romantic comedy film starring John Travolta and Olivia Newton-John. Depicting the lives of a group of teenagers at Rydell High School in the 1950s, it follows the romance of Sandy and Danny, as well as the ups and downs of their respective gangs; the T-Birds and the Pink Ladies. "Grease", "Summer Nights", "Greased Lightnin'", "Beauty School Dropout", "Sandy" and "You're the One That I Want" are just some of the beloved songs from the hit musical.