Rod Wave is bringing his biggest tour yet to iTHINK Financial Amphitheatre on Friday 10th September 2021! The SoulFly Tour sees the young singer-songwriter and rapper upping his game to match the huge success of his latest album, which brought us the massive hits "Tombstone" and "Richer"! The SoulFly Tour is put on by hip-hop festival pioneers Rolling Wave and between their flair for entertaining events and Wave's sheer talent, this show is gonna be fire! 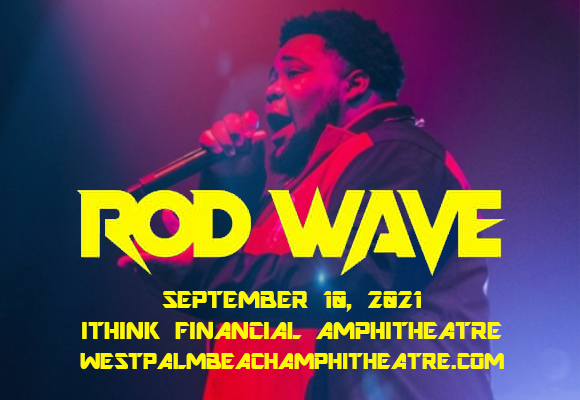