Tears for Fears the Tipping Point World Tour 2022 comes to iTHINK Financial Amphitheatre on Thursday, June 9th 2022 with very special guest on the North American tour, Garbage. Seventeen years later, after Tears for Fears last released an album of new music, the beloved band behind “Head Over Heels,” “Shout” and “Everybody Wants to Rule the World” will return in 2022 with The Tipping Point. Grab some tickets now and get yourself to West Palm Beach, Florida for the comeback of the decade! 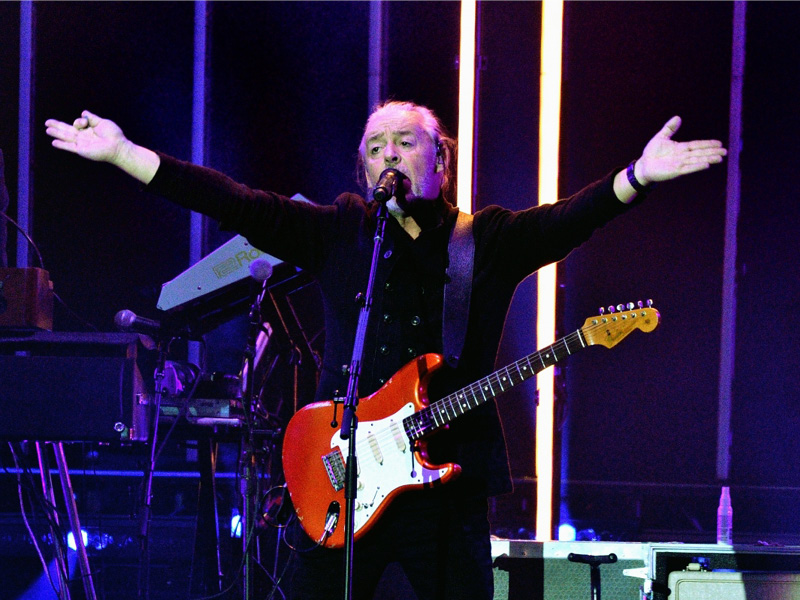 “We couldn’t be more excited to start playing concerts again. We’ve missed seeing our friends on the road around the world and the energy of performing live,” Tears for Fears’ Curt Smith said in a press release. Roland Orzabal added, “The Tipping Point has been a long time in the making, and we are looking forward to playing our favorites from the new album as well as our classics from throughout the years.”

The Tipping Point, is Tears for Fears’ first album since their 2004 album, Everybody Loves a Happy Ending, and is due out February 2021. The duo formed in Bath, England, in 1981 by Roland Orzabal and Curt Smith, their debut album, The Hurting, came out in 1983 and reached number 1 on the UK Albums Chart. Their second album, Songs from the Big Chair, from 1985, reached number 1 on the US Billboard 200, and is a multi-platinum album in both the UK and the US. Two singles off the album made Billboard Hot 100 number 1 hits: "Shout" and "Everybody Wants to Rule the World". The latter song won the Brit Award for Best British Single in 1986.

After the release of their platinum-selling third album, The Seeds of Love, in 1989, Tears For Fears split in 1991, and Orzabal retained the Tears for Fears name as a solo project, releasing the albums, Elemental, in 1993 and, Raoul and the Kings of Spain, in 1995. They reconciled in 2000 and released their sixth studio album, but fourth as a duo, Everybody Loves a Happy Ending, in 2004.