Zac Brown Band: Out In The Middle Tour Tickets

Get ready for the , Out in the Middle Tour from Zac Brown Band and very special guests Caroline Jones and Robert Randolph Band coming to the iTHINK Financial Amphitheatre on Sunday, October 9th, 2022. Zac Brown is determined to finish a tour, and this is the one, after being one of the first bands to cancel in 2020, and then having to abandon their Comeback Tour in 2021 after just a few nights, plus they scuttled a New Year’s Eve performance in Nashville after Brown contracted the virus for a second time! 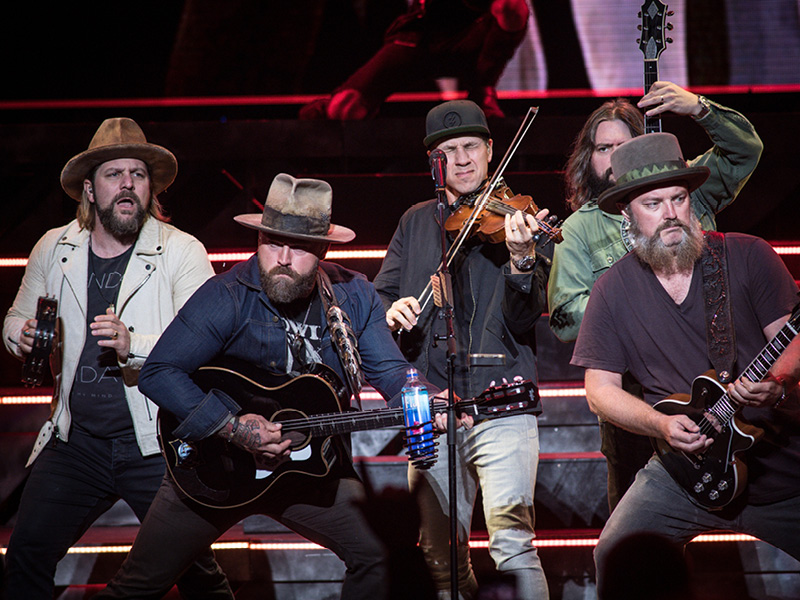 “Performing in front of millions of fans around the world is one of the most electrifying and humbling feelings,” Zac Brown said. “We’re so excited to go back out on the road and keep the unbelievable momentum going from ‘The Comeback Tour’. It’s been such an incredible year for the band, debuting some of the best music we’ve ever made, and we are thrilled to continue playing live for our amazing fans.”

The multi-platinum album selling, and Grammy Award-winning Zac Brown Band is a Southern Rock group led by, the man, the myth, the legend himself, Zac Brown. Together they have produced six consecutive albums that reached the top 10 of the Billboard 200 and five consecutive albums debut at the top of the Billboard Country Albums chart. They have won three Grammy Awards including Best New Artist in 2010, sold over 30 million singles, with 9 million album sales, and have achieved 15 number 1 radio hit singles, becoming only the second act to top both the Country and Active Rock formats. Zac Brown Band has headlined 7 North American Tours and currently holds the record for most consecutive sold-out shows at the iconic Fenway Park.

Zac Brown’s brand-new album, The Comeback, intended to bring people together after being apart for so long due to the pandemic. “You brave the storm, and you wade through it, and you find the redemption after,” he said. “It's always easy to panic when you're in a hard situation because you don't know what the outcome is. You don't know what it's going to be like down the road. It is the hope that's around the corner we need to remind everybody about instead of the tragedy that's at hand.”