The Lumineers Brightside World Tour comes to iTHINK Financial Amphitheatre on Friday, May 20th 2022 with very special guests Caamp. Grab some tickets right now, this is one of the top, if not the top indie band around at the moment, playing stripped back, raw melodies that are heavily inspired by Bruce Springsteen, Bob Dylan and Tom Petty. They are known for their energetic live shows and several international hit singles including "Ho Hey", "Stubborn Love", "Ophelia" "Angela" and "Cleopatra". 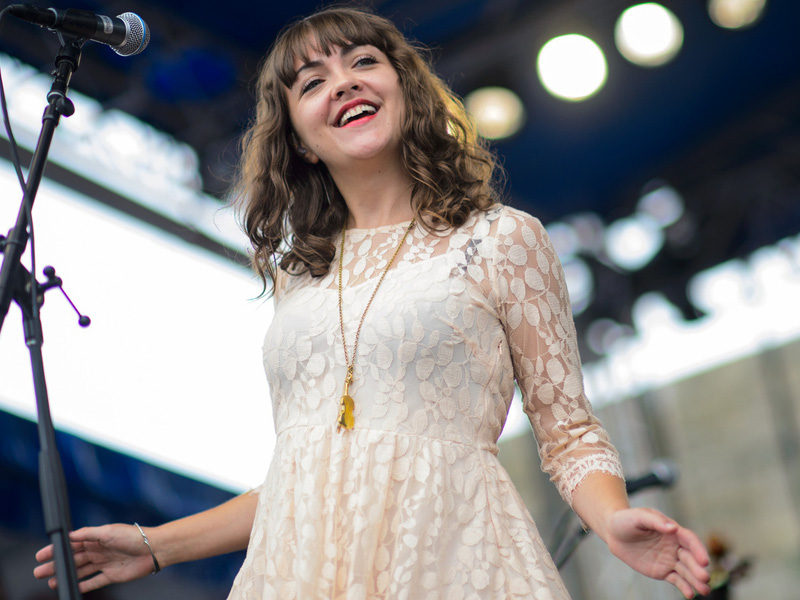 “We were supposed to tour this past summer and fall and made a hard decision not to,” Lumineers singer Wesley Schultz told The Denver Post last month. “It felt like we were being pessimistic, but you could also read the tea leaves.” With that, they also added, “We are SO excited to bring the BRIGHTSIDE World Tour to you this summer! Thank you to everyone who has held onto their tickets, we’re excited to finally come to your city!”

Those leaves are looking greener as spring and summer approach, so get ready for The Lumineers Brightside World Tour 2022

Brightside is the fourth studio album by the indie folk band, The Lumineers, it was released in January 2022. Wesley Schultz and Jeremiah Fraites performed most of the instrumentation themselves, with David Baron providing keyboards and backing vocals. Other contributions came from the Felice Brothers', James Felice, singer and songwriter Diana DeMuth, touring members Byron Isaacs and Lauren Jacobson, and backing singer Cindy Mizelle. The album charted at number 6 on the Billboard 200 and number 1 on both the Top Alternative Albums and Top Rock Albums charts.

The Lumineers was created in Denver, Colorado when lead singer and guitarist Wesley Schultz and pianist and drummer Jeremiah Fraites came together in 2005 to start creating music. In 2010, they were joined by singer and cellist Neyla Pekarek, who remained with the band until 2018. Although they began playing together in the early 2000s, The Lumineers self-titled debut album didn't come out until 2012. They released their second album, Cleopatra, in 2016, debuting at number 1 on the Billboard 200 chart. In September 2019, their third album, III, was released, debuting at number 2.