Are you ready to ROCK Florida!? Two of the biggest heavyweights of Rock music are coming to West Palm Beach, and they are ready, Korn and Stained are ready to rock iTHINK Financial Amphitheatre on Thursday, August 5th 2021. “It’s been a while now” since we had some good rock bands playing live, so long in fact that we haven’t had a chance to hear Korns’ new-ish album live! The Nothing, came out way back in 2019, and wow, it’s an awesome album, so come on down to West Palm Beach and let’s get stuck into it! Grab your tickets right here. 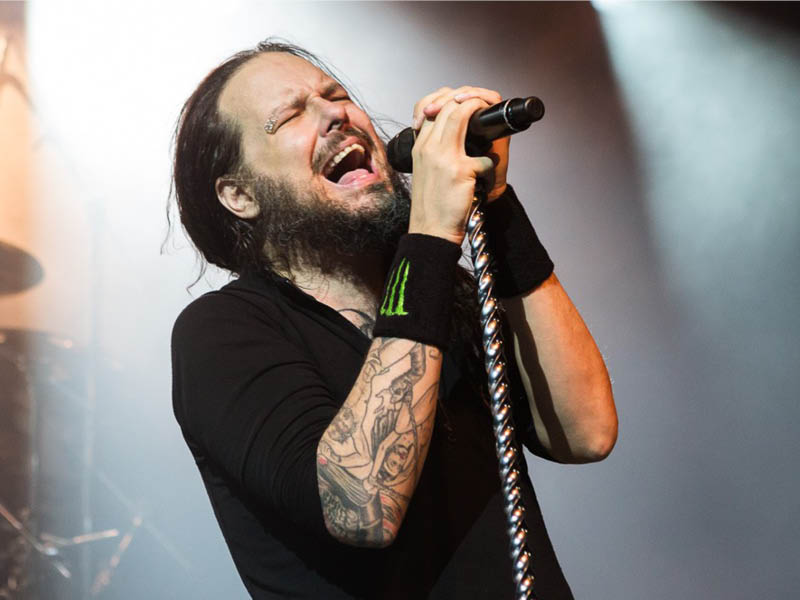 Korn is the pioneer American nu metal band from Bakersfield, California, consisting of founding members James "Munky" Shaffer on rhythm guitar, Reginald "Fieldy" Arvizu on the bass guitar, Brian "Head" Welch on lead guitar, and lead singer Jonathan Davis on bagpipes, with the addition of Ray Luzier on drums.
Korn’s 2019 release The Nothing notched their 14th top 10 entry on the Billboard 200 chart. “On this album, death is a theme that runs through the whole thing. It’s this entity, this force, which made me deal with depression, pain, suffering and trying to come to terms with it. It’s me grieving. It was very emotional; I was crying and s***,” Korn singer Jonathan Davis told Billboard back in 2019.

Staind is an American rock band formed in Springfield, Massachusetts. The current lineup consisted of lead vocalist and rhythm guitarist Aaron Lewis, lead guitarist Mike Mushok, bassist and backing vocalist Johnny April, and Sal Giancarelli.
After a lengthy hiatus, Staind returned to the stage in 2019 and recently announced their first album in nine years as Live: It’s Been Awhile was released digitally on May 7. The live album comes in at 15 total tracks and features the band’s landmark single “It’s Been Awhile.”